Romney Was Involved in Scandal During The Olympics? BUNK! 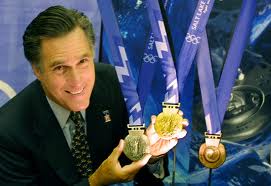 Propaganda: The 2002 Winter Olympics in Salt Lake City were rife with bribery and scandal. Mitt Romney is directly tied to the people indicted in this scandal. His turnaround of the Olympics is tainted.

In fact, the only two people convicted were Simmons and Alfredo La Mont. Both men were let off at sentencing without penalty.

As with the Romney “Swiss Bank Accounts” propaganda, there are no facts here. Progressives are using a scandal that had nothing to do with Romney to hint “there might be more.”

I’ll save you the drama: there isn’t.

What is factual is that Romney swept out the corruption plaguing the Olympics, and turned a $379M deficit into a $100M surplus. He also donated his entire salary during this time to charity.

Even Politifact rates Romney’s claim that he saved the Olympics as “mostly true”.

When left-leaning Politifact says a Republican’s claim is “mostly true” they mean it’s drop-dead, verifiably, unquestionably, “take it to the bank” true.

What about the side meme that Sead Dizdarevic and David Simmons contributed to Romney’s campaign? So what? Romney is supposed to refuse campaign investments given lawfully by private citizens?

If we’re going down that road, let’s look at Obama:

Increasingly, progressives are being forced to “hint” at “possible” wrong-doing by Romney – because they’ve run out of factual reasons why he should not be the next President of the United States.