No, There Is No Global Warming “Hockey Stick”

Propaganda: The “Hockey Stick” proves man-made global warming! The IPCC said so! The science is settled! 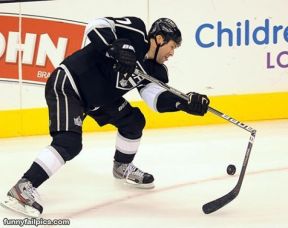 Authors note: There is so much technical science behind the issue of man-made global warming that it’s forgivable to throw your hands up and just believe whatever your favorite “expert” tells you. But it doesn’t have to be that hard. What I’ve presented below is a summary of what all that science has told us. If you want to get into the weeds on the data and statistical analysis, by all means do. The links in this post will take you there. But this is all you need to crush your favorite global warming alarmist.

AGW theory is simply this: That CO2 released into the atmosphere by man since the Industrial Age has dramatically warmed the planet.

The piece of evidence most frequently presented for AGW is “The Hockey Stick” graph, below. 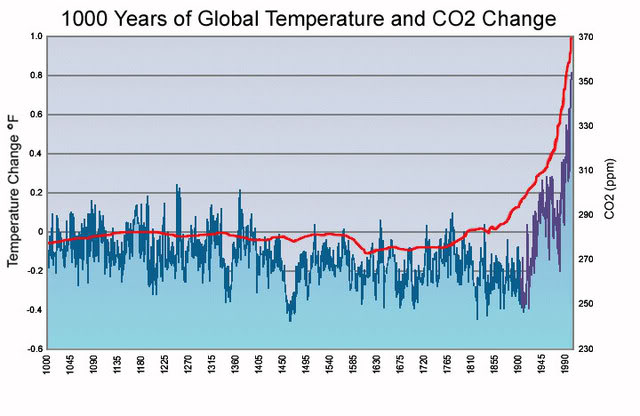 It shows that from 1000 A.D. through the 19th Century the earth’s temperature was relatively constant, until a rapid rise in the 20th century (the Industrial Age). Naturally, one must conclude that CO2 pumped into the atmosphere by modern man is dangerously warming the planet!

Sounds reasonable. So let’s look at the Hockey Stick:

Here’s why the Hockey Stick is just bunk: 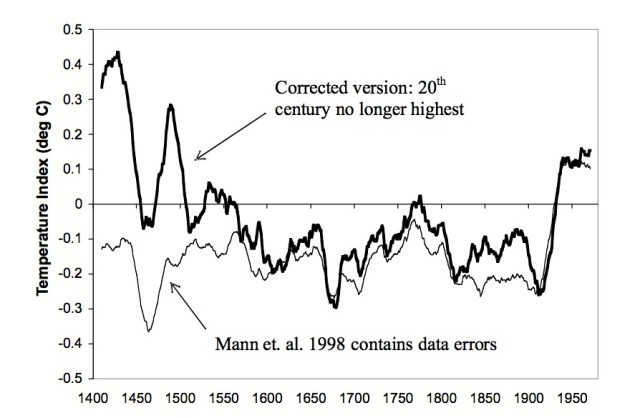 As the corrected weighting shows, not only is there no Hockey Stick, the 1400’s were significantly hotter than the modern era. There was no CO2 being pumped into the atmosphere by Industry during the 1400s.

In fact, in 1990 the IPCC (The UN Intergovernmental Panel on Climate Change), the organization pushing AGW, found similar temperature fluctuations as the corrected Mann chart. The graph on the left is what the IPCC released in 1990. The graph on the right is what they released after the bogus Mann study. Notice how the Medieval Warming Period and Little Ice Age have disappeared.

And without the Hockey Stick, there is no evidence that AGW is occurring.

And … science has recently shown there is no correlation between CO2 (regardless of where it comes from) and warming of the earth’s temperature.

And … science has shown that the planet hasn’t warmed in 17 years and 6 months.

So what is the global warming alarmist’s response to the above?

If Man-Made Global Warming isn’t real why do 97% of scientists believe in it?

Wow, good point. Except that’s not true either, as I prove in No, 97% Of Scientists Do Not Believe In Global Warming.

The graph, above, comparing the IPCC 1990 and 2001 temperatures comes from an excellent article detailing the whole Hockey Stick fiasco. It goes into greater detail and history, but keeps it in layman’s terms. I highly recommend you check it out.

This is another great article debunking the Hockey Stick. It goes into even further detail concerning the science – and is devastating.

If you want to do some in-depth reading on the truth about climate science, I recommend you spend some time on the following sites:

These guys are doing a hero’s job of debunking AGW with real science.

← Yes, The Middle Class and Poor Pay No Income Tax
No, 9 of the 10 Poorest States are not Republican →